The facility in Oklahoma will be one of the first large scale configurations to utilize the new Harvester™ lighting system. The Harvester's novel light spectrum and photon delivery are designed to maximize yield and phytochemical content, while also being economical and environmentally responsible. 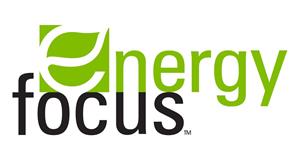 Energy Focus, a U.S. LED lighting company, announced that it has been awarded a contract valued at approximately US$3.4 million to supply tubular LED lighting products to the U.S. Navy by Defense Logistics Agency (DLA), a combat support agency in the U.S. Department of Defense. GRAFIK T is the latest innovation in Lutron’s C•L® family of products. The simple, intuitive design and effortless operation set a new standard for lighting control. There are no knobs, sliders or buttons, simply touch the LED lightbar anywhere to set the lights to that desired level. Touch the toggle button to turn the lights off, or to recall the last preset level.

Speakers at the Street and Area Lighting Conference were near-unanimous in the belief that additive energy savings achieved through adaptive dimming is taking a backseat to new services such as security and safety for municipalities and utilities installing outdoor SSL networks.

The US Department of Energy released a report on the Detroit, MI SSL street light conversion that is also enabling restoration of infrastructure that was aging or had been stolen.

Northwestern US city works through technical and utility roadblocks to complete a major SSL street light project that delivers as much as 75% in energy savings.